This is book two in the forbidden list trilogy and is another story that has shuffled off the chains and constraints of pseudo-medieval Europe and planted itself four square in the context of an oriental empire defended by, among other things, a great wall built to keep marauding nomadic horse riders called mongols at bay. 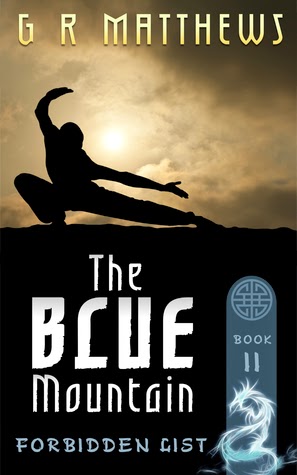 Pitched into this context we again follow the paths of Zhou and Huang, two men who were once polar adversaries. Now with their very different talents and potential recognised by the highest authority in the land, we see them separated and embarked on training to make them worthy of the honour of being on the forbidden list.  If I have understood it right, the forbidden list comprises those individuals so favoured for their talents that no one is allowed to offer them any let or hinderance in their appointed tasks. Though both are careful not to flaunt their preferment.

The story follows the same simple but effective structure of alternate chapters seen from the point of view of each of the two lead characters.  However, their paths are not so closely interleaved as in the first book, for duty calls them at least at first in quite different directions.

Given the sense that this a re-imagining of China's ancient history at work, I did wonder how far the author had drawn on real Chinese mythology and culture as well as architecture in the foundation of the novel.  In particular names and titles used had an authentic eastern ring.  However, it is the magic system of the book which seemed, in its detail, to have drawn deeply on some original source material.  Which is not to say that is anyway a bad thing, simply that it gave the "magic system" a delightful detail and coherence which can be lacking in some fantasy work. Indeed magic system is all too paltry a term for the concepts of layers of spirit worlds from which the trained or the attuned could draw power and in which they could do battle in various forms.   Yet the magic systems and way people used them were more than mere plot devices, they were the plot, they were its glowing blue spine on which the tale hung.

And it is a good tale, briskly told, so much so that I started and finished the book in a little over 24 hours.   The action peaks early with an initial crisis and then gradually re-gathers itself for a final cliff-hanging denoument which reminded me of another desperate defence of another eternal barrier in some other (eternal) world - Westeros I think they called it.  The pace rattles along in what I found was a plot driven story, mysteries to be uncovered, suspicions to be confirmed and villains to be unmasked.

Along the well-written way, the author pays due recognition to the geographic realities of a volcanic eruption, but not in a gratuitous flaunting of the author's knowledge.  The tribulations of making a journey under a rain of volcanic ash, like the magic system itself, are plot engines not digressions.

It is the second book so how does it compare to the first?

I have to say I think this one is better, sharper in its execution, and more balanced in its presentation.  The back stories feel more fully developed, the political and economic context more credible and in short the whole thing has a more polished feel.  Which is not to denigrate The Stone Road, merely to say that The Blue Mountain is better still and I am looking forward to book 3.