I loved this book, I love this book.  It is the kind of book I wish I had written and that is more than mere hyperbolic praise.  I once had a half-formed idea for a novel, a tale of a man who endlessly repeats the same decade of his life, beginning with his facing up to a terminal diagnosis with an intention to walk off a cliff in fog and finding instead he stumbles ten years into his own past and repeats his life again seeking by some means to relive those vital years, it was in concept a kind of Groundhog Decade if you like. 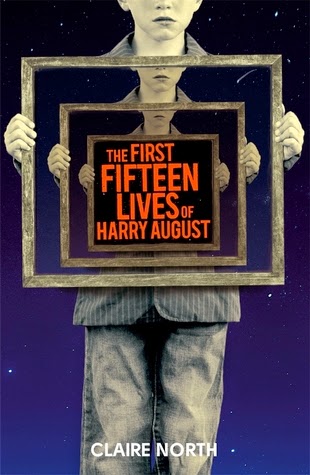 Claire North has gone that one step further to write a book about a Groundhog Life, the eponymous hero cycling through an endless loop of existence and, like Tom Hanks's character in the film, struggling to make some sense of the opportunity of this unique curse.

However, this book is so much more than a clever core idea. Its narrator leads us through the story of his lives with assurance and aplomb as you would expect from a man who draws on hundreds of years of experiences and retains the knowledge of all of his past lives.  The fantastical premise is delivered with such credible precision and consistency that I was not just drawn in but engulfed by the story.  I mean this is a book I read in two sittings over the course of one weekend, and have risen from my reading desk only to launch straight into my writing desk.

Harry is not the only one of his kind. Though exceptionally rare there are others like him a community of the endlessly looping who live alongside the terminally mortal "linears" and the book asks reasonable questions about what it must be like to be one of these cursed or blessed people, not so much "tomorrow" people as "today" people.

The book toys entertainingly with ideas of what it is "to be" that we are all of us little more than the sum of our memories, the experiences that shaped us and to be immortal but within the same span of seventy years or so.

It shakes the tree of conventional chronology, with Harry's lives often described in the same parallel lines that they are lived.  Harry zig-zags along and between potentially endless layers of parallel universes, like different versions of the same world's history lined up side by side on a book shelf.

To live so long one needs must become some kind of polymath and the author conveys well the sense of a man who has become knowledgeable in many fields of science, medicine and history and the book, like its hero strides sure-footedly across the panorama of discovery and conflict that was the twentieth century,   But, as all time travellers know, knowledge of the future is a dangerous power and Harry August is sensible, but others of his kind are not.

And therein lies the crux of this story a threat to the future, a crime that stretches sideways across parallel timelines, albeit ones that are experienced sequentially by Harry.  It turns out that even the deathless can be destroyed and that gives the book a visceral tension that kept me flicking through the screens on my kindle, relying on the screen's built in brightness rather than taking a few seconds to break off to turn on the light as a Sunday afternoon turned dark.

This book appealed to me on many levels.  Beautifully written, tightly plotted, toying with history, physics and dabbling with conceptual conundrums of spiraling timelines. How would any of us mere humans live such an alien lifestyle, how would we cope? what meaning would death have beyond the trauma of a repeated opportunity to stuff up adolescence?

Claire North introduces us to many of Harry's kind grappling with those questions, and they are all believable responses to their not quite so unique situation, as is Harry's response to each of those individuals.

I first picked this book of a shelf in Waterstones in Cambridge in the summer, appropriate since some of Harry's lives is set in Cambridge, another mark in its favour for me.   I bought it on kindle this weekend (forgive me bricks and mortar bookshop, but I have this weekend bought four other conventional books to set against the sin of physical window shopping for electronic purchases).

It may not fit others tastes so closely as it fitted mine, but for me this was a very easy five star winner.
Posted by TOMunro at 09:14