Half the World - a spoiler free review

A book's quality cannot be judged in isolation but must stand or fall by the effect it has on the reader.  On that score this is, for me, the best of the three Abercrombie books that I've so far read and a damn good book at that. Having won an Advance Reader Copy, I read it at speed.  However, the simple fact is that as the book drew to its climax I had to keep stepping away, daring only to read a few pages at a time,  so tense was the fearful fascination with which it gripped me.  The closest analogy I can think of is watching a horror movie through splayed fingers, ready at any instant to snap everything shut. 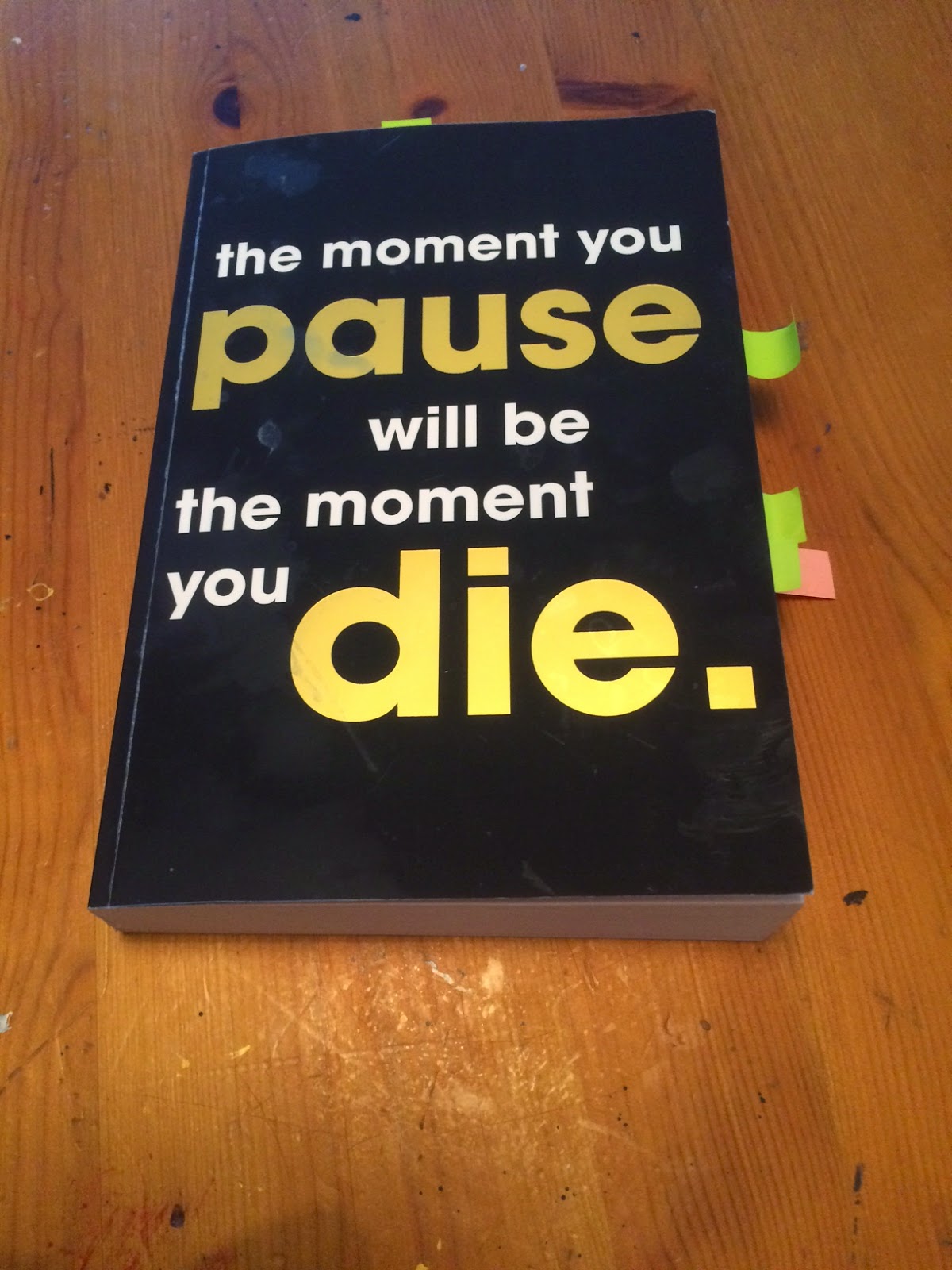 Did I care about the characters? - yes.
Did I enjoy the story in all its rich context? - yes
Did the twists and turns surprise me?  not always but often enough and particularly at the end where a book's surprises must always lurk in wait to mug or caress you, and don't expect me to say which.

I had read reviews of the first book in the trilogy "Half a King" from disappointed Abercrombie loyalists. They complained of missing the multiple point of view narrative, the grimly adult plotting and possibly are still in mourning for the character they view as Abercrombie's greatest creation and whose resurrection they constantly pray for.

Though I doubt Abercrombie would have intentionally set out to address those points, this book does in some ways answer those questions.

Half a King had a single point of view; Half the World has two.

Half a King, told from the perspective of a cripple, was more about brain triumphing where brawn could not be made to serve;  Half the World has characters made for war and glorying in it as much as Abercrombie glories in rendering every blood spattered detail, every grunt and gurgle of hand to hand combat.

Half a King opened and closed with a man of peace and  ministry in conference with his tutor.  Half the World opens and closes on the training ground where the would be warriors strive for the master of arms' approval.

So, in those senses at least, this veers back towards the centre of gravity of Abercrombie's style.

But it is still not The Blade Itself.  It is a tale full of death and angst but not a single f-word to be seen as Abercrombie not so much pitches for the Young Adult audience, as tries to tempt them into the dark recesses of fantasy fiction through a little taster.

To that end we have two young adult leading characters who make their debut in a bloody bout by the sea shore.  A girl and a boy.

The girl, Thorn Bathu, is a stubborn feisty child trying to carve her way to acceptance in a male dominated world in honour of the memory of a much loved dead father. (Hmm, those who know my own book, Lady of the Helm will see why such a central character would tick my boxes!).  The kick-ass female heroine - the Eowyn taking centre stage - is a trope of its own, but this is not Conan with boobs.  Abercrombie paints Thorn well,  the insecurities and desperation as she seeks a validation through the battlefield and wonders if the prize was worth it.  As one character observes "there's no disappointment like getting what you want."

The boy, Brand, struck a resonant note with GRR Martin's work for me, in that Brand is the boy who wants to do good, who wants to do the right thing, to be more moral than his drunkard father.  And as Martin proved to so many of his characters, the moral high ground is a dangerous place to perch, making you all the more of an easy target for others to fire it.  Just as there were "consequences" that Martin imposed on a number of Starks, so too Yarvi tells Brand  "A man who gives all thought to doing good but no thought to the consequence... that is a dangerous man."

And what of Yarvi? We rode, or rowed a long path with him through Half-a King and I hope it is no spoiler to say he survived that ordeal.  However, it is curious to see so central a character through the eyes of others.  We know his past as Thorn and Brand do not, and we know the forces that shaped him. He is become the puppet master, the pragmatist, tugging at what strings he can reach with his half a hand.  Is he a good man?  Is he a bad man?  Neither really, he is the man he has to be, a man driven by need more than right or might and that dark motivation surfaces occasionally, breaking through placid waters with the menace of a shark's fin.

What of their story?  Well the tale is hung on political intrigue and diplomacy.  Just as the British Empire practised gunboat diplomacy, sending a warship up a river to settle a disagreement with overwhelming force, so Yarvi is driven at times to swordpoint diplomacy, sailing up and down rivers to win alliances against a threat to his beloved Gettland.  There are little adult hints at the economics of statecraft, the desire of the strong to subjugate the wealthy, to use military muscle to appropriate the riches of a well run state, power always envies gold. There are also a couple of passing references to the smelting of good steel, in honest descriptions that pleased the scientist in me without disturbing the story.

There are places where the hat tipping to young adult fiction seems a little more obvious than in others.  The trials and tribulations of adolescence, the insecurities, the mis-communications, the simple physical facts of growing up or out, all put in an appearance.  But their appearances drive the plot as Abercrombie entwines his story around the endless theme of implacable foes who do not realise they should be friends.

This book is not The Blade Itself, nor should it be, and those who would want Abercrombie to stay penned in one pocket of a genre do him a disservice. But the visceral battle scenes in Half the World made me at last see what others have long claimed for Abercrombie and the power of his battle writing.  And the fights in this book entrapped me more than in The Blade Itself, for this time I cared more about the characters, cared too much at times to dare to read on.

But then, I have a fondness for bad ass kick ass female heroines who find their every effort to do right seems to go wrong.  To be fair he had me from that opening scene of injustice on a  bloody beach by the Shattered Sea.
Posted by TOMunro at 08:52