When I was at primary school many moons ago, the height of technology was the old record player brought out for assemblies.  If it was your birthday that day you got to pick a record to play in celebration.  Seeing as how this was the late 1960s  there were only about three records to choose from, education budgets being no more generous then than they are now. The one I remember most was the "Teddy Bear's picnic."  There was the slight frisson of the unknown in the opening line "If you go down to the woods today you're in for a big surprise"  juxtaposed with the imagined friendliness of the teddy bears.  (Mark Lawrence in his Sleeping Beauty short story also takes a sideswipe at a few other fairy tales along the way - including a foolish Goldilocks getting her due come-uppance.) 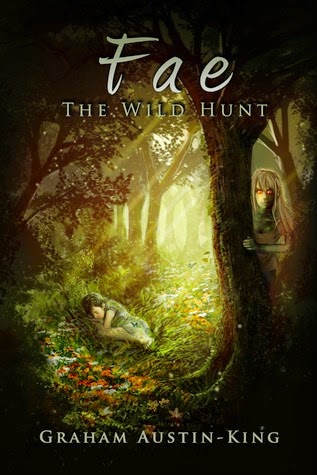 Graham Austin-King weaves an effective story around a world where fairie stories commemorate in childish song and play an older colder reality of fear and threat.  It is a story well told, which builds in pace and engagement so that I ripped through the last few pages at a rate of knots, suddenly finding myself quite intolerant of the well meaning distraction of family calling me to watch the latest installment of "I'm a celebrity - get me out of here."  Ironic really as the threat in the woods near Widdengate is enough to have even the staunchest celebrity calling immediately for the champagne helicopter home.

The disparate characters, converge on the denoument over the course of many pages like tributaries to a stream where it is only near the end that one sees how they feed a single narrative flow.  This means at first the book can seem a little jumpy.  The opening is like a long prologue as Miriam and her son flee an abusive husband and father.  Just when I thought I knew where the story was going this opening sequence breaks off and we almost start again with three main characters, a reluctant ducal bride, a fostered boy and an ambitious sea warrior, all leading different lives in different places attended each by a handful of minor supporting characters.    However, having told my own tales through multiple points of view, I was happy to relax and be lead by the author through seemingly unrelated stories confident that he would weave them together in due course, and he did.

In some ways it reminds me of Michael J Sullivan's Ryria Chronicles, there is the same sense of a flowing story with engaging characters, and of a back story to elves and the fae which is not quite Tolkien.  However, Austin-King's story is darker than Sullivan's and his style allows (without excessively embracing) the coarse variety of language that one might expect from a variety of coarse people.  For example in a frozen sea a crew of young sea-raiders are warned in no uncertain terms of what they stand to lose should they relieve themselves with anything less than alacrity.

What's too like? well it is an engaging story that leads you along with enough sub-plots and character development to keep the pages turning as the deeper darker plot gradually uncoils in the shadows ready to bind our leading characters in a terrible finale.  The author teaches us early on that no character is safe and in the best GRRM tradition, that keeps the reader on the edge of their seat knowing that all characters are mortal.

There is also some lyrical writing and imagery.  The bird's eye view of the sea-raiders island fortress was a particularly evocative introduction of a new setting and main character.  One could almost imagine the camera of a film adaptation sweeping in over the landscape and landing like the bird itself on the prow of the leading boat in a fifty ship race.

If it has a downside then it maybe just that it ends with something of a cliffhanger, but then that's not a problem for me as I've just got an Advance Reader Copy of book 2 and can plunge straight on.  The rest of you will have to wait a week or so!