"The Broken Road" by Teresa Frohock - my spoiler free review

I like quality writing but I will confess it is plot that draws me in and on through a book, and "The Broken Road" certainly delivered in that regard.  There is conflict and rivalry, prejudice and despair as ignobility and nobility struggle for supremacy in the privileged palaces of the magically gifted chanteuse.  But the author makes some great leaps of imagination and creativity that set this setting apart from the predictable canvas of epic fantasy. This is more merely than an unexpected heir fighting decadence and disadvantage to assert the moral purpose of rulership and in so doing endeavour to avert world wide disaster. 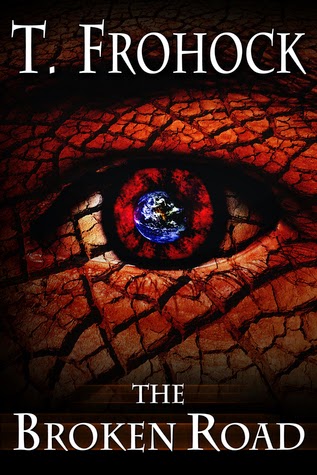 Travys, the second son of a manipulative royal mother is crippled by his muteness, for in this world magic can only be channelled through voice and sound and Travys cannot wield his own power on his own.  There is also a parallel world that bleeds into the land of the Chanteuse through frayed borders and it is the obligation and the peril of the chanteuse that they alone can close these portals to keep their own world safe.  And as this action packed story progresses, Travys learns more of a risk his mother once took and how that blighted his birth and stole his true inheritance.

And as he travels into that past, Travys discovers that the world so dangerously twinned with theirs has already fallen to an invader, an invader that wants fresh conquests having plundered a world that is eerily familiar to the reader more so than to Travys.  And Travys must find a way to severe the link between these conjoined worlds and restore the dignity of royal power in the face of so many who would wish him anything from failure to outright harm.

The book is full of intruiging motifs, introducing but not labouring new concepts of magic and of aliens and enemies.  The writing immerses the reader in the experience of a place and people, rather than lecturing them in its geography and culture, and for a book that is in so many ways so different to the norm that is no mean achievement.
Posted by TOMunro at 06:35