I Don't Write Steampunk, but SS Great Britain Might Just Inspire me to start

After Bristolcon back in September, I had the chance to visit SS Great Britain, a magnificent piece of maritime heritage housed in the dry dock that built it over 150 years ago.  I hadn't realised that the ship had come back home from its resting place in the Falklands as long ago as 1970 and I cannot imagine how much work was involved in restoring the battered hulk to the glory of its heyday but I have to say it was worth every loving hour and penny exerted on it. 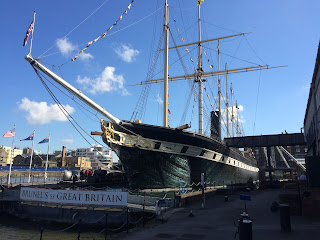 I will confess to a certain damp eyed moment as I looked at the pictures of the battered hull being brought up the River Avon to the dock that birthed it.

In the gift shop I toyed with buying a book of all the preserved old ships around the world, and was pleased to find how many of them I had visited myself - having something of a fondness for tangible maritime history. 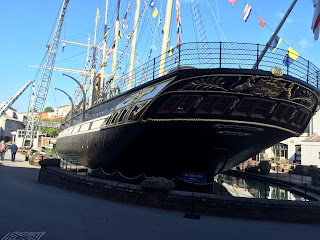 
Wonderful and intriguing as all those great ships were, I have to say that none of them quite come up to the total quality of exhibit that is SS Great Britain.

This was the Titanic of its day, pushing the boundaries of technology with an iron hull that lasted so well parts of it could be used to patch up a battered second world war cruiser nearly a hundred years after they were first forged. 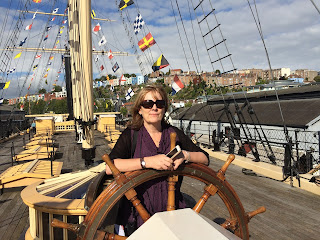 With the quality of restoration and the variety of exhibits in the accompanying museum it was like journeying back in time and Ash, my reluctant companion on a trip to see "another bloody boat" was quite won over by the experience even if she struggled somewhat to tell one end of the ship from the other and stood staring majestically over the stern in the mistaken belief that the steering wheel must be at the front. 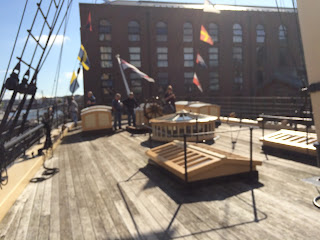 The history of the ship's voyages, brought to life through an audio commentary and brilliantly evocative settings,  made me itch to write a story.  Forget all those authors obsessed with Victorian airships.  Take a stroll down the companionways of SS Great Britain and like me you may find your head filled with inspiration for a steampunk fantasy ocean voyage.

If ever there was a ship ready to carry a disparate collection of desperate passengers and crew into adventure, then this was it. Murder, mayhem and monsters could stalk its elegant decks, who knows maybe some mad scientist's man-eating machine could be lurking in the hold.  It is a setting so powerfully complete that the whole idea of a steampunk novel has not just leapt onto my "to-be-written" list, but is leapfrogging several other stories along the way towards the top. 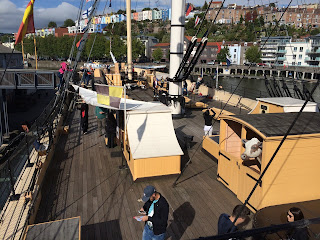 For those visitors of a bold (and vertigo-free) disposition there was even the opportunity to climb into the rigging (after appropriate safety training) and walk out on the yard arms like the sailors of old used to.

The interiors were gorgeously restored and my only regret is that I have so few photos to share, partly from pressure of time (we had an airplane to catch) and partly from a desire to savour the moment rather than record it, to soak up the atmosphere.  The steerage cabins up forward, the great galley kitchen, the bath and the "heads" complete with torn sheets of paper for the necessities. It is a marvellous experience and I guess that leaves just more for you to discover if you choose to visit yourselves.  I don't suppose every visitor has to be inspired to contemplate a steampunk novel by the experience, but I would be surprised if I was the only one. 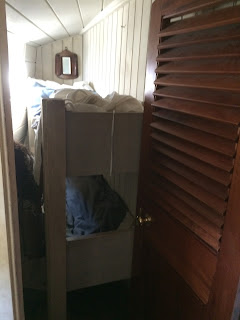 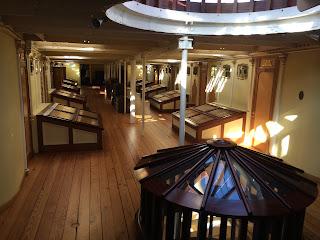 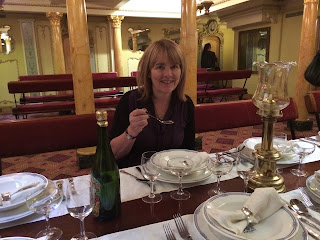