Nothing is Ever Simple - Corin Hayes book two by G.R.Matthews

This is the second book in G.R.Matthews' series of underwater dystopian sci-fi series.  It sees our hero on a mission to a different underwater city - one that is neither silent nor homely.  The nature of Corin's work, his past, his setting, and his personality - make for a man born and borne by solitude. In consequence we spend a lot of time in Corin's head seeing the world through the grim and slightly distorting lens of his experience. 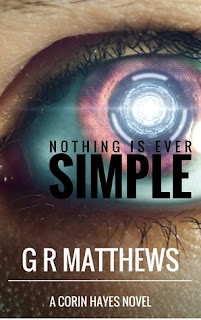 Corin's is an engaging voice - world-weary but still wise-cracking, with some quotes sharp enough to cut.  For example, "We hold onto our past, sometimes with fingers dug so deep into its flesh that we are part of it."

Book 2 carries us in a different direction, both geographically and narratively, from Book 1.  The threads of personal tragedy and deferred vengeance are left dangling as fresh challenges and swift undercurrents sweep Corin into new and deep dangers,

After the distinctive noir-ness of Corin's voice, the next feature of the book to catch the eye is the world building. In a population condemned to living at the bottom of its oceans, there will be many difficulties of economy, nutrition and society to address.

Long ago I watched a horror/sci-fi film about a team of divers investigating a Titanic like sunken liner decades after it foundered. They found against any expectation that there were survivors - that shocked moment when the diver's torch sweeps over a porthole and a live face peers back. They had fashioned some kind of existence within the sunken hull all led by an extremely resourceful purser.  (Oh the joys of the internet - somebody else roused by the same curiosity of imperfect memory asked the same question and got an answer The film was led not by Vincent Price as I had thought but Christopher Lee and is titled Goliath Awaits ) 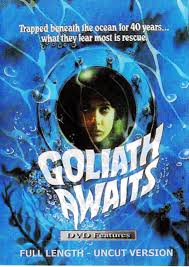 Just as the sunken survivors of the Goliath had to be resourceful and inventive, so too Matthews lavishes care and thought on how some kind of normality might assert and define itself in such submerged circumstances as Corin's world faces. It makes for an engaging and thought provoking read.

The plot is at once simple and complex. There are bad guys who put Corin in danger and he has to work his way out of it. Their motivations and the routes to confound them prove somewhat tortuous. I read the Raymond Chandler's The Big Sleep a long time ago and the plot to Nothing is Ever Simple has the same kind of organic style. The story appears to advance by the author throwing a series of curve balls at his protagonist and then following his reactions.  In that sense, the plot feels more like the gym in which Matthews tests and develops his world building and the protagonist's persona, rather than the engine which drives the plot. Nonetheless it rattles along at a good pace. 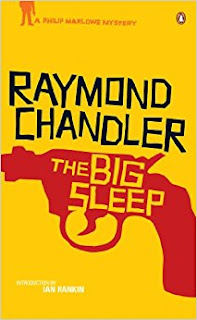 I will again raise reservations about the freedom with which Corin uses blunt instruments. People are bludgeoned into lengthy periods of unconsciousness with the same abandon that I last saw in a Modesty Blaise book (and before that in early Enid Blyton's). 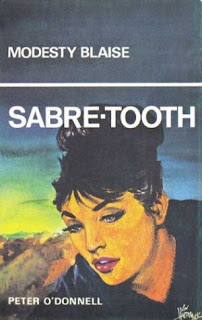 While my younger self accepted this, decades of watching the TV show Casualty have heightened my knowledge of subdural haematomas - while health and basic safety training taught me to treat any potential concussion with extreme caution.  So my suspension of disbelief skated over some thin ice (in so far as a suspension can skate) when Corin bound up an unconscious villain and blithely waited hours for the fellow to make a natural and total recovery.

Those reservations aside, Corin continues to be an engaging and readable hero in a radically different but eminently sustainable setting.
Posted by TOMunro at 08:04